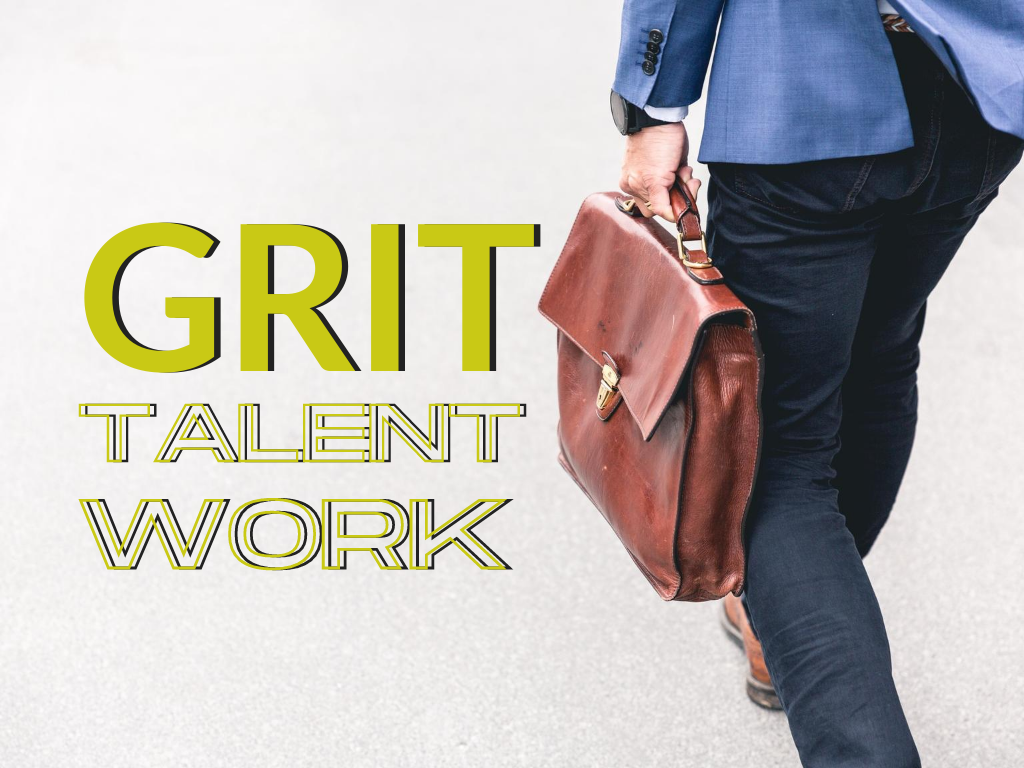 Would you rather recruit on talent or work ethic?

Angela Duckworth is the best-selling author of Grit. And is the creator of the most glorious equation in human performance. It is in two parts, and it goes like this:


The ultimate lesson here is simply that EFFORT COUNTS TWICE.

The difference between ‘Talented’ and Not

In my work with sporting teams, I would often see two types of athletes come into development programs. Those with loads of natural ‘talent’ and those with less natural talent. According to Duckworth’s equation (and my own observations), the reason the less talented athlete had made it to this same level as the talented player was because they had simply worked harder: they put in more effort.

Talented players learn from a young age that they are talented. And most likely they get rewarded for being talented – either in the form or praise, formal recognition or just through success in their sport. At this young age, they don’t learn to put in the effort to get better. I mean, why would they? They are already ‘winning’ and they are getting rewarded for it. What motivation do they have to do anything else?

The less talented player is forced to work harder. The put in the effort, then they get rewarded for their effort – either through success in their sport or (if they’ve got great parents or coaches) by some sort of formal recognition.

In the cut-throat world of elite sport, talent is never enough. And so the talented player has to begin the arduous task of failing for the first time and learning to work hard to overcome it. As you can imagine, few actually learn this lesson at all – it is just too painful and too difficult for them to do.

The less talented player on the other hand has already learned the lesson and begins to thrive in an environment where hard work truly pays off.

In the workplace, the exact same thing happens.

Knowing this now, do you recruit on Talent or Work Ethic?


** Tony Wilson is a Workplace Performance Expert focussed on helping leaders build the environment for high performance. His insights into performance science and it's application in the workplace will make you re-think the way that you approach leadership, culture change, high performance and productivity. Tony has an MBA and a BSc majoring in physiology and combines the two for a different perspective. He is also the author of Jack and the Team that Couldn't See and delivers workshops and keynote presentations around the globe.