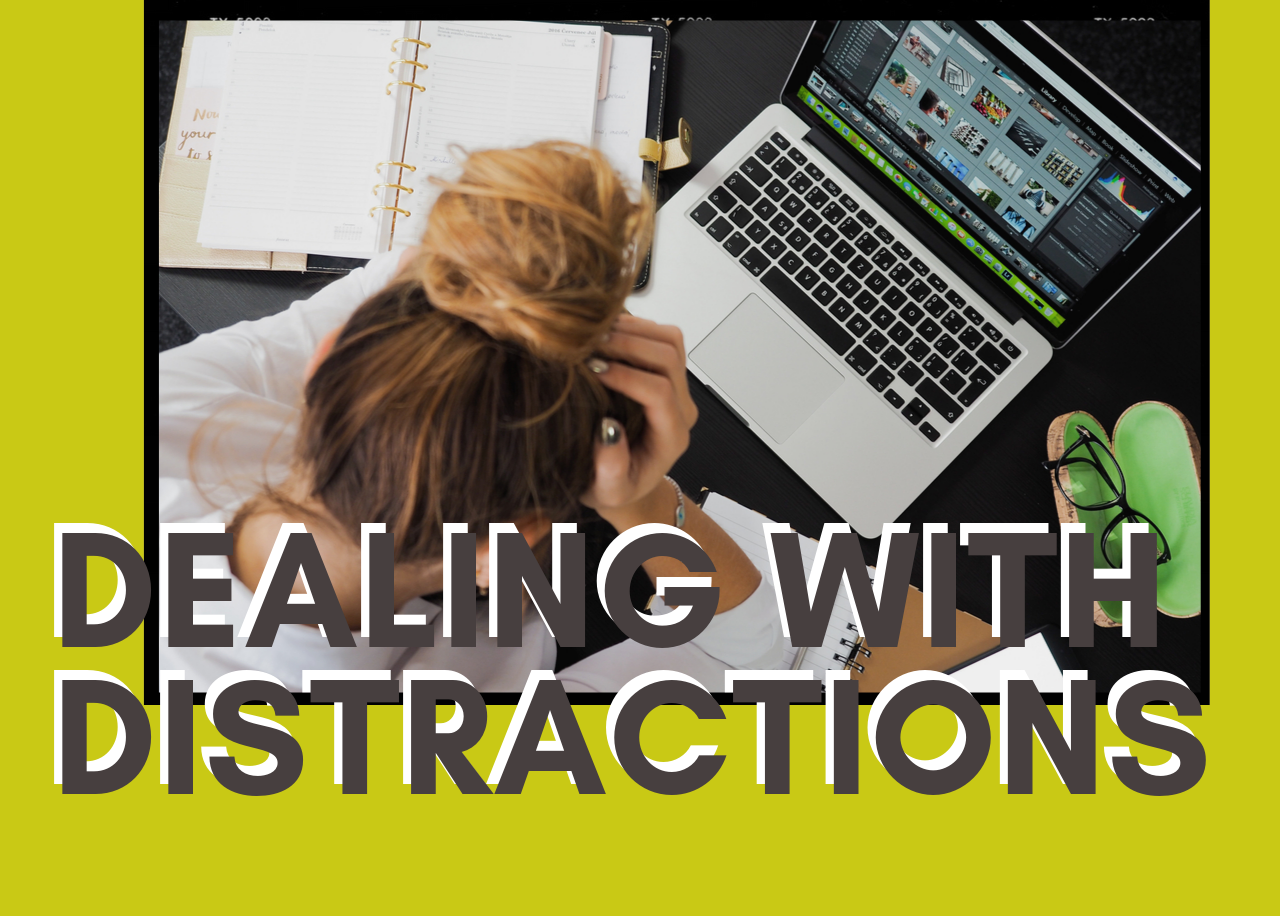 28% of our day is taken up with interruptions

The average time it takes us to get back on task after being interrupted by an email is a staggering 24 minutes.

Unfortunately, humans are hardwired to be distracted. One of our primary survival mechanisms is to very quickly detect an interruption in our general pattern of living.

We are Hardwired to Be Distracted

Think about it – you’re a primate three million years ago, you understand your environment, if there’s something out of the ordinary – or something interrupts your general impression of what should be there – then you ought to pay attention to it! If not, the consequences could be dire.

So we’re hardwired to be distracted – but here’s the kicker….. We don’t like to say that we get distracted, because that would force us to say something bad about ourselves (which our ego hates), so instead we give it a more palatable name:

Let’s All Say It Together: Humans Can’t Multitask

The research is pretty compelling. When we try to multitask it increases the number of errors we make (up to 300%) and also increases the time it take to complete the primary task (up to 150%).

Distractions are killing our day-to-day performance. And the more we give in to distractions, the more we get distracted. In a recent study, heavy multitaskers (mainly young people), were compared to single-taskers (mainly old people) in different tests of multitasking ability. The results were astounding. Heavy multitaskers were actually no better at dividing their attention between two tasks. They still had the same increase in mistakes and increased time to complete the primary task.

It reinforced the one thing that most people now know about multitasking: we can’t do it. Physiologically, we can’t process two pieces of information at the same time. We don’t multitask, we task-switch.


But the heavy multitaskers had trained themselves to do one thing more than the single-taskers. They got distracted by more things more often. When we multitask, we don’t get better at multitasking, we get better at getting distracted.


Doing More at the Same Time is Not Better

Consider this: if you give someone an intelligence test in a room full of ringing phones and pinging emails, they generally lose about 10 points of effective IQ. We think we save time by doing a few things at once, but in fact it costs us time, effort and ‘attentional capacity’

The bottom line is, that it’s always better to shut out distractions and work with greater focus. But if you work in our new age, open-plan offices then this can be difficult.


So here are some tips on dealing with distractions.

Dealing with Other Tasks You ‘Just Remembered’

Just remembered something else you have to do? Don’t give in to the temptation to stop what you’re doing and attend to the other task right now. Instead, write it down somewhere, and most importantly, give it a time to get done. Keep a pad or post-it-note next to you, or an electronic note open on your desktop. Write down the task and the time you are going to do it.

When we allocate a future time to get something done, our bodies and brains treat that thing like it’s already dealt with. It frees up that ‘attentional capacity’


Dealing with Other People

Tell people that you want to give them your full attention, but you’re in the middle of something really important. Ask them to come back in 30 minutes. When you do this, people feel like they will get your attention soon, so they can get on with other things.

Everyone hates being distracted when they are in the middle of something important. Sit down with your team and allocate times throughout the day that are ‘no collaboration zones’. I know this sounds crazy as we are supposed to collaborate more, not less, but maybe allocate a couple of hours each day where no-one gets distracted by others.


Failing that, have a signal that says ‘I’m in the zone - don’t disturb me’. Maybe a sign on your desk, or simply put on some headphones. Agree to some sort of signal and a time limit, so you can’t have the headphones on all day.

The competition for our attention has never been greater. But constantly getting distracted is not the answer. Distractions compromise your ability to perform at your best. Deal with these effectively, and you’ll find that your productivity improves dramatically.

** Tony Wilson is a Workplace Performance Expert focussed on helping leaders build the environment for high performance. His insights into performance science and it's application in the workplace will make you re-think the way that you approach leadership, culture change, high performance and productivity. Tony has an MBA and a BSc majoring in physiology and combines the two for a different perspective. He is also the author of Jack and the Team that Couldn't See and delivers workshops and keynote presentations around the globe.
comments powered by Disqus
Categories
Book Summary
3
Journal Support
3
Leadership
4
Performance
4
Productivity
2
Team Building
1
Travel Hacks
4